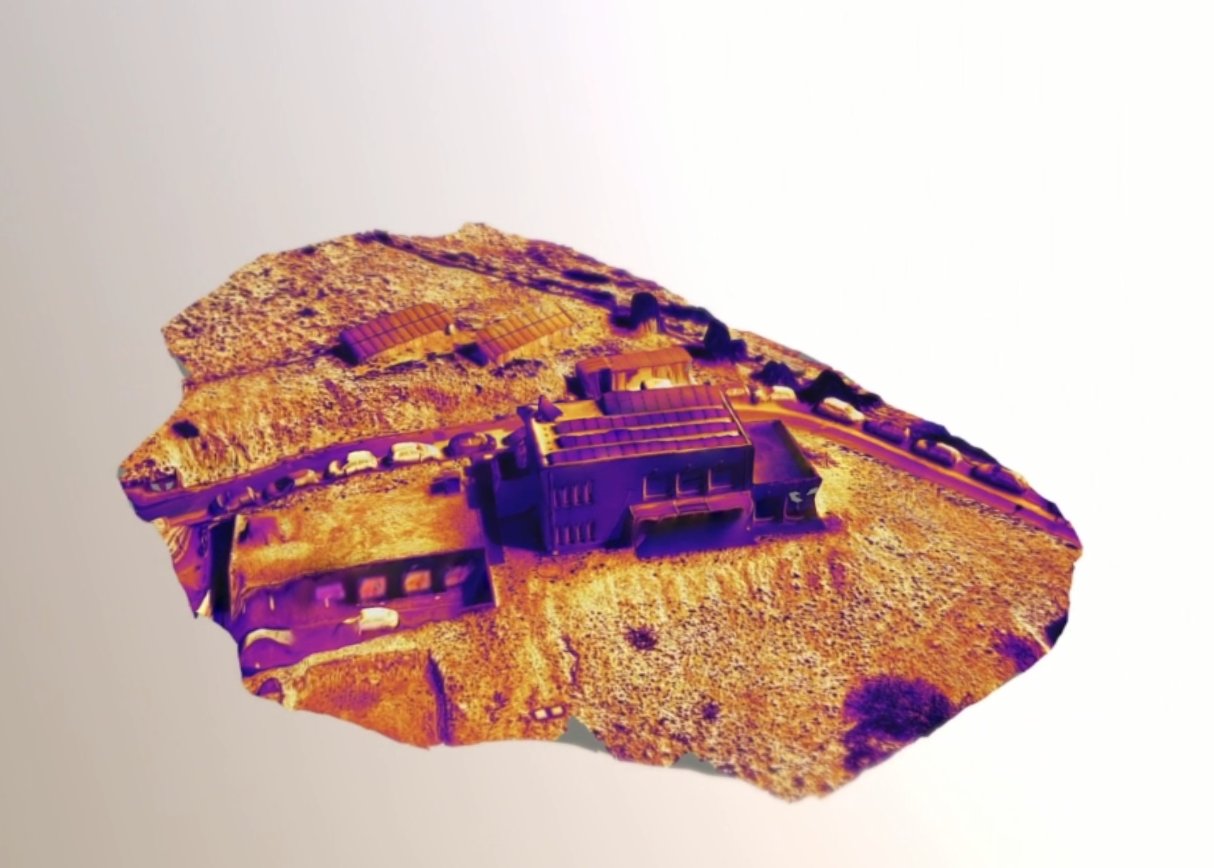 We have updated our 360 Aerial Survey Demo with a thermographic 3D model of the CERTH nZEB Smart Home pilot.

One of the key innovative solutions developed within eDREAM project is Demand Response Pre-assessment through Drone Aerial Surveys.

Photogrammetry techniques were used to produce a 3D model from the aerial survey scans. Both visual and thermal imagery models were produced. Augmented Reality (AR) techniques were also used in order to interactively examine the models in real-time.

A UAV survey was carried out with the objective of obtaining a 3D model of the exterior of the facility. A dji Matrice M210 drone with Zenmuse XT2 camera was used in the survey, and the DroneDeploy application was used to plan and fly a grid mission around the CERTH nZEB Smart Home. A total number of 154 photos were taken over an area of approximately 6720 m2 at a height of 22m. The survey was completed within a single drone flight (circa 8 min.). The average Ground Sampling Distance (GSD) was 0.74cm. In this survey, Ground Control Points (GCPs) were not used. After performing the survey, the Pix4D Mapper application was used to generate point cloud and mesh models of the facility, using photogrammetry. Generation of the point cloud and mesh models using the highest settings took around 1h10 min.  The resulting point cloud model included around 9 million points, resulting in an approximate density of 8625.34 points/m3.  The point cloud model was optimised using the Cloud Compare application (via subsampling), in order to enable its use as a basis for 3D modelling in the Autodesk Revit application.